Title: "Thin coatings with variable characteristics obtained by pulsed lasers for a new generation of implants and therapeutic treatments"

Abstract: Processing techniques such as Pulsed Laser Deposition (PLD) and Matrix Assisted Pulsed Laser Evaporation (MAPLE) were employed for obtaining hydroxyapatite (HA) thin films on titanium substrates. The experiments were performed in a reaction chamber using a KrF* excimer laser source (λ = 248 nm, τFWHM ~ 25 ns). Half of the samples were post-deposition thermally treated at 500oC in a flux of water vapours in order to restore crystallinity and improve adherence.
Coating surface morphologies and topographies specific to the deposition method were evidenced by scanning electron, atomic force microscopy investigations and profilometry. They were shown to depend on deposition technique and also on the post-deposition treatment. Crystalline structure of the coatings evaluated by X-ray diffraction was improved after thermal treatment. Biocompatibility of coatings, cellular adhesion, proliferation and differentiation tests were conducted using human mesenchymal stem cells (MSCs). Results showed that annealed MAPLE deposited HA coatings were supporting MSCs proliferation, while annealed PLD obtained films were stimulating osteogenic differentiation.

Abstract: : In the previous NUCLEU stage we studied the biological behaviour of nanostructured carbide or nitride layers deposited by the PLD technique for coating Ti surfaces with applicability in the medical implant manufacturing industry. Titanium and titanium alloys are most commonly used for implants because they have satisfactory osteointegration properties for predictable lengths of time. Two of the major disadvantages of Ti-based implants are slow dissolution over long periods of time in physiological fluids and relatively low mechanical strength. When there are mechanical forces acting on Ti implants producing wear, dissolution may accelerate, and crystalline grains can be dislodged from the implant and incorporated into surrounding tissues, causing inflammations that may require surgery and / or medical treatment. To diminish these effects, we investigated the role of protective coatings, which increase corrosion resistance and reduce wear. Depositions were performed at room temperature to obtain nanocrystalline grain coatings which, when detached from the material, can be more easily incorporated into the adjacent tissue without causing inflammation. At this stage we deposited thin films of TiN, ZrN, ZrC and carbon on Ti substrates by pulsed laser deposition (PLD) technique. These structures have previously been physically, chemically and biologically investigated, with current research being concentrated on their mechanical behavior.

Abstract: The obtaining of nanostructured biointerferes in the form of organic thin copolymers with or without bioactive factors (curcumin) incorporated by using matrix-assisted pulsed laser evaporation (MAPLE) is a viable strategy in biomedical applications. The control of the biointerface characteristics as well as the possibility of introducing bioactive factors into a polymeric matrix independent of the materials used are the main advantages of using the MAPLE laser method. Within this context, our aim was to optimise the PEG-PVA biodegradable polymeric films incorporating curcumin. This study included the evaluation of solvent inflation on the structural and morphological characteristics of the films obtained. The solvent influence on morphological (by AFM studies) and structural characteristics (by FTIR studies) was studied for controlling and tuning the biointerface characteristics for improved biofunctionality. Thus, using the laser deposition method (MAPLE), the incorporation of curcumin, a natural bioactive compound, into the PEG-PVA copolymer layers was demonstrated.

Abstract: The most important stage in the technology of rubber obtaining is the vulcanization/cross-linking. During this process, the rubber molecules having chain configuration are linked by chemical bridges/bonds and the rubber mass turns from its plastic mass into an elastic one. For rubbers with general purposes, this is done by the addition of sulfur in the presence of organic accelerators but it is a very complicated process. An alternative curing system has been developed using peroxides because they are preferred when performances like extra scorch safety, shelf life, bin stability, low permanent set and high-temperature are desired. All the above curing systems involve chemicals by which the purity of the processed products is not maintained. In order to develop and use alternative and sustainable technologies, the use of electron beam (EB) irradiation for cross-linking and grafting of elastomers has become more and more attractive. Particularly, the electron beam irradiation has shown to have many benefits compared with the conventional curing systems such as: EB cross-linking occurs at room temperature so does not appear the polymer degradation due to high temperatures involved in classical treatments, no oxidative degeneration in polymers, direct cross-linking by C-C linkage, high degree of cross-linking, extremely strong bonds, short curing cycles, high productivity, suitable for thin products and no material waste. At this stage, the goal of the experiments was to present the obtaining by electron beam cross-linking and characterization of eco-composites based on elastomers (NR and EPDM) and natural fillers (wood sawdust and flax). The influence of natural fillers amount and electron beam irradiation dose on the physical and mechanical properties, cross-linking density rate and behavior in aqueous environment, was studied.

Abstract: This report presents spectroscopic and microfluidic studies of the colloidal structures generated by laser interaction with medicine solutions. The photoproducts obtained by irradiation of Vancomycin and Hydantoin SZ-2 solutions with laser radiation at 266 nm and 532 nm wavelengths where investigated by UV-VIS absorption spectroscopy, laser induced fluorescence (LIF), Fourier Transform InfraRed (FTIR) Spectroscopy, and surface tension measurements. Moreover, in the case of Vancomycin, the resulted photoproducts where identified by liquid chromatography coupled with mass spectrometry.

Title: "Experimental study on the necessary conditions to sustain a plasma, at atmospheric pressure, by using superimposed electric fields"

Abstract: Operation of a plasma jet generator at atmospheric pressure has been studied. The electrical supply circuit consits of two voltage sources. One of them is a high voltage pulse generator (Upeak=-4kV, f=1-100Hz) whereas the second one is a conventional dc voltage source (for normal operation, adjustable in the range from -600V to -1000V). To investigate experimentally the generator capabilities a complete experimental setup allowing plasma jet characteristics measurement, for various conditions, has been built. The whole system is computer controlled. The design of the high voltage pulses generator was improved. According to the experimental results, after the plasma plume is initiated, for dc voltage greater than a critical value, under certain conditions, the electrical discharge continues after the high voltages pulses are interrupted. Based on these observations, a circuit for automatic control of plasma jet generator has been developed. The plasma plume state is observed simultaneously, optically, by measuring infrared optical emission, and electrically, by measuring the discharge current, respectively. As a function of the plasma plume state, control circuit switches on/off high voltage pulses chain. This approach improves the circuit supply reliability, energy efficiency and diminishes electromagnetic perturbations. 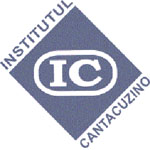